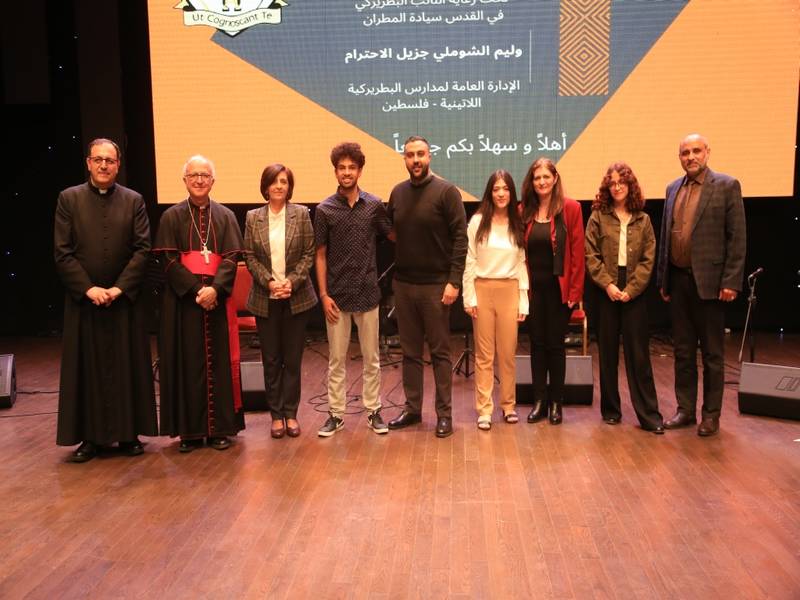 Ramallah, The General Administration: On Friday, May 6, 2022, the General Administration of Latin Patriarchal Schools in Palestine celebrated, the launch of the “Creative Student”, under the sponsor of the Latin Patriarchal Vicar in Jerusalem, Bishop William Shomali, in The Red Crescent in Ramallah, in the presence of the administrative ,teaching staff, students and parents of the participating students. This competition aims to highlight the distinctive energies, talents and capabilities of our students, which will enhance the spirit of competition and creativity among the participants, and contribute, to refining the students’ personality scientifically, technically and educationally.

After the General Director General, Father Dr. Yaqoub Al-Rafidi welcomed the attendees, he said: The Latin Patriarchate Schools believe that art is an essential nucleus in the components of human culture, giving humans an opportunity to express themselves. Art  preserve identity and heritage, it create dialogue because peoples communicate through the gate of art, and this confirms the importance of arts in the rapprochement and advancement of peoples, and gives a clear message about moderation and respect for the other, which are basic values ​​adopted by the schools of the Latin Patriarchate.

In the speech of the sponsor of the ceremony, Bishop William Shomali said: This activity stems from the belief of our schools ,in the holistic and integrative education, which not only develops the mind, but also develops passion, imagination, social intelligence and self-confidence, and this is what we have seen today ... in the Book of Genesis, after all the days The Six Creation The verse says, "God saw that it was good." And in the last verse he says: “And God saw that it was very good.” Today we are likewise saying, after the end of this first lunch of creativity day  for the Latin Patriarchate schools in Palestine, what we saw, heard and experienced was excellent , interesting , wonderful and  creative.

The "Creativity Day" is being held for the first time in our schools to be an annual approach that will be  included in the schools' programs and activities, thus creating a state of positive competition among peers. Note that the "Creative Student" competition has been started since the beginning of the school year, and it targets students from the seventh grade to the eleventh grade in all the Latin Patriarchate schools in Palestine, in five fields : singing, playing, drawing, writing , and Dabkah

The following up on this competition, an internal committee was formed from our schools of specialized teachers in each field. On Saturday 9/4/2022, the final filtering took place to choose the three best candidates from each field,

We congratulate all the winners, and we wish progress and success for our schools. 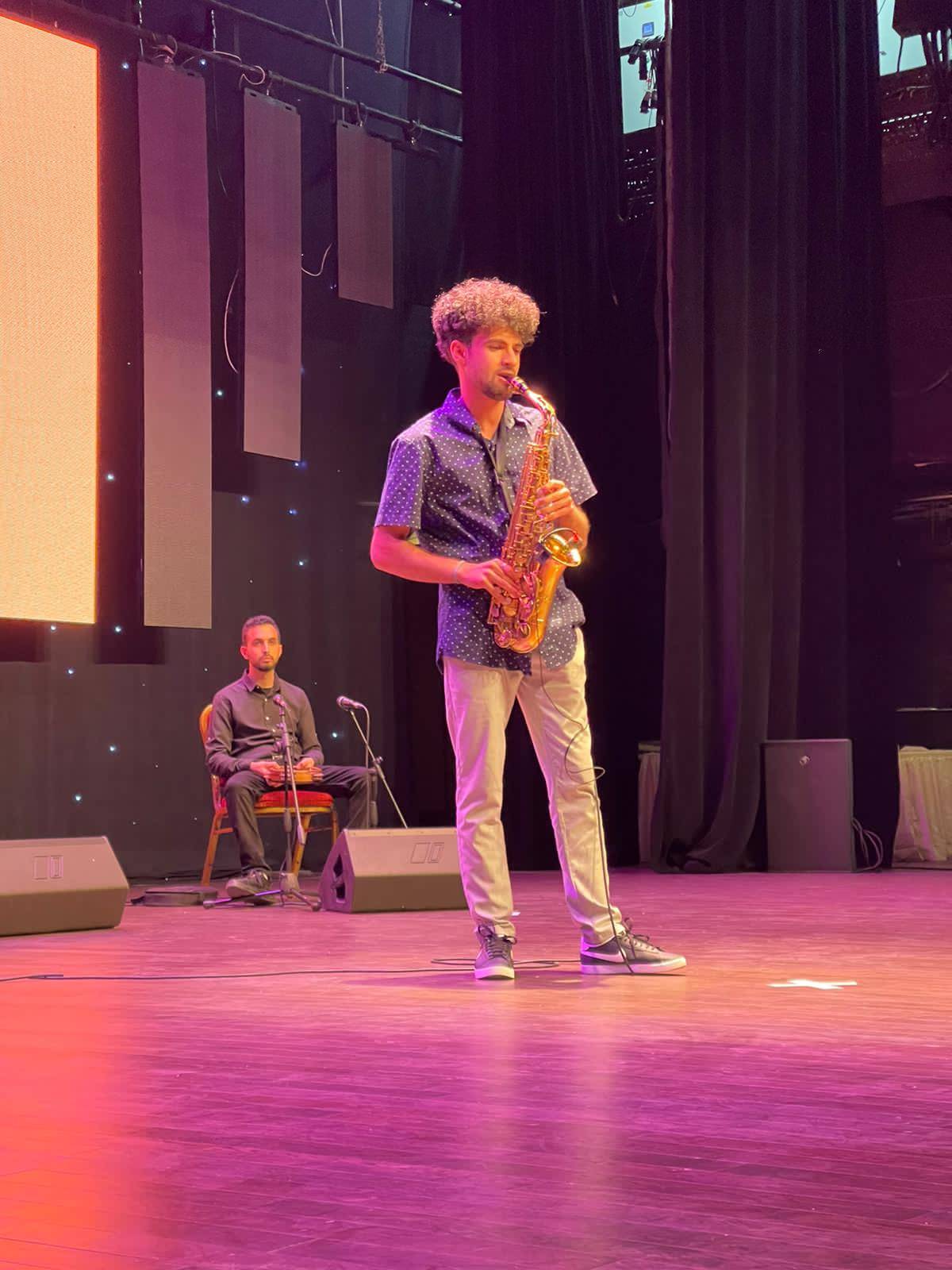 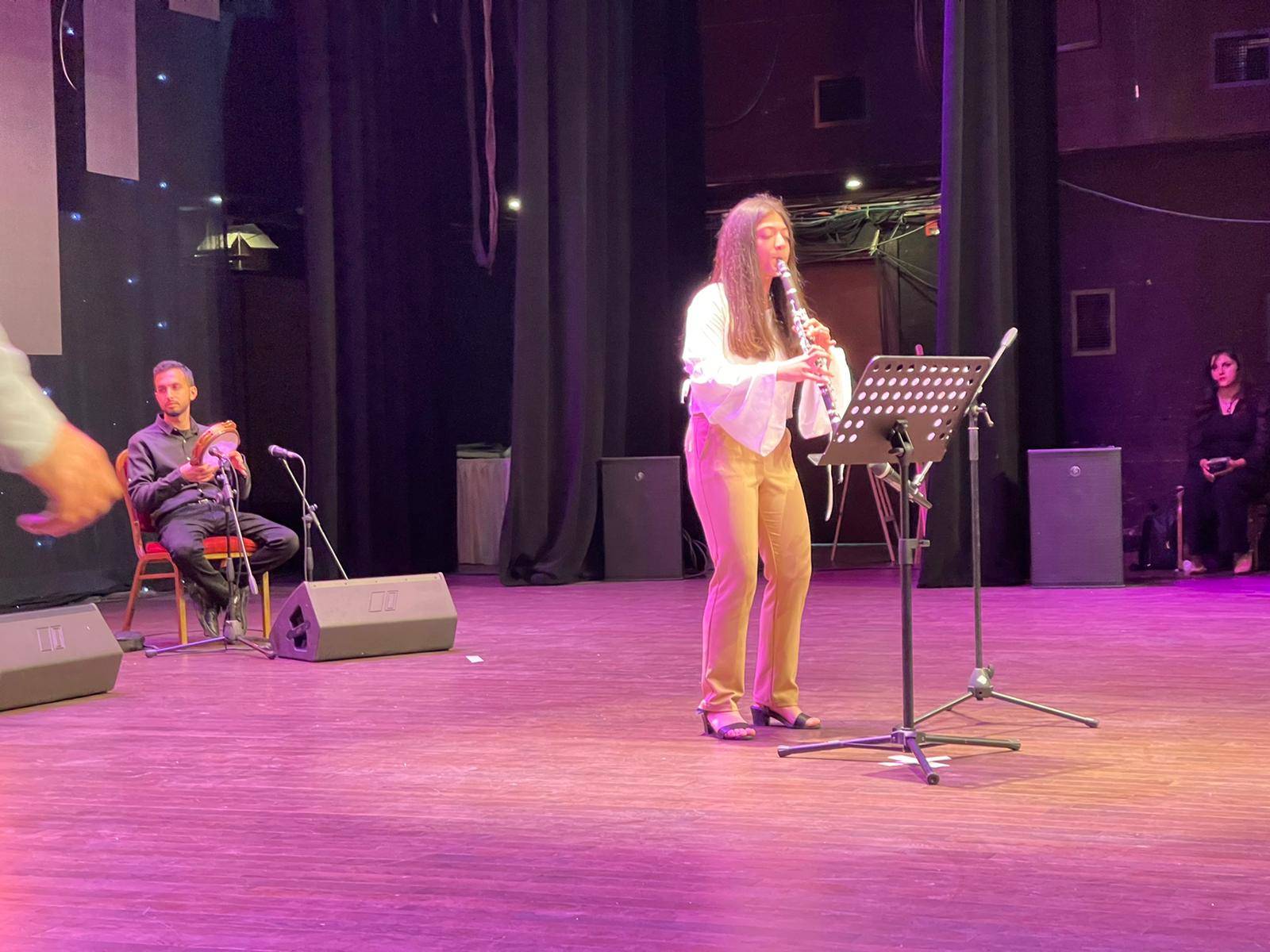 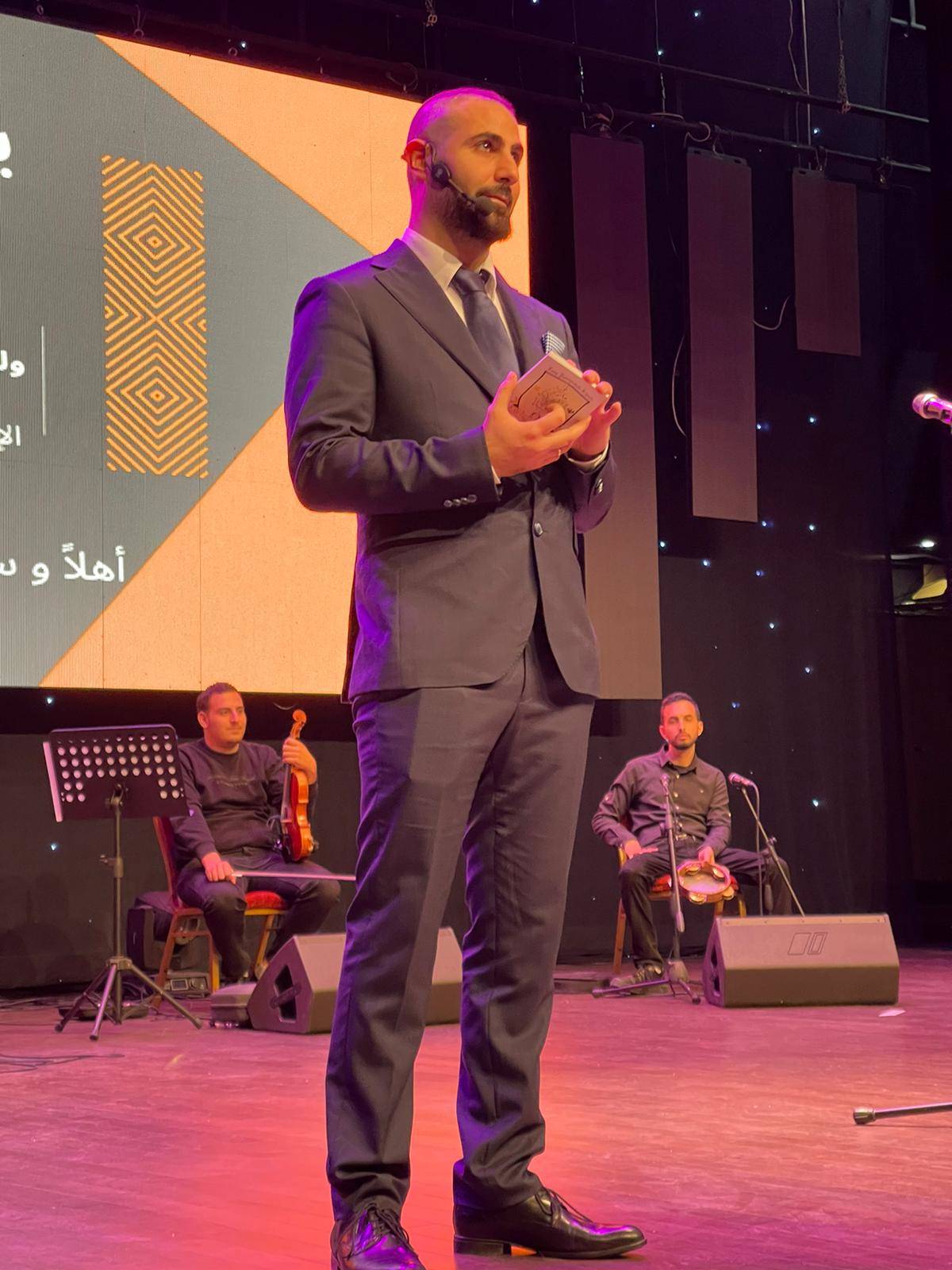 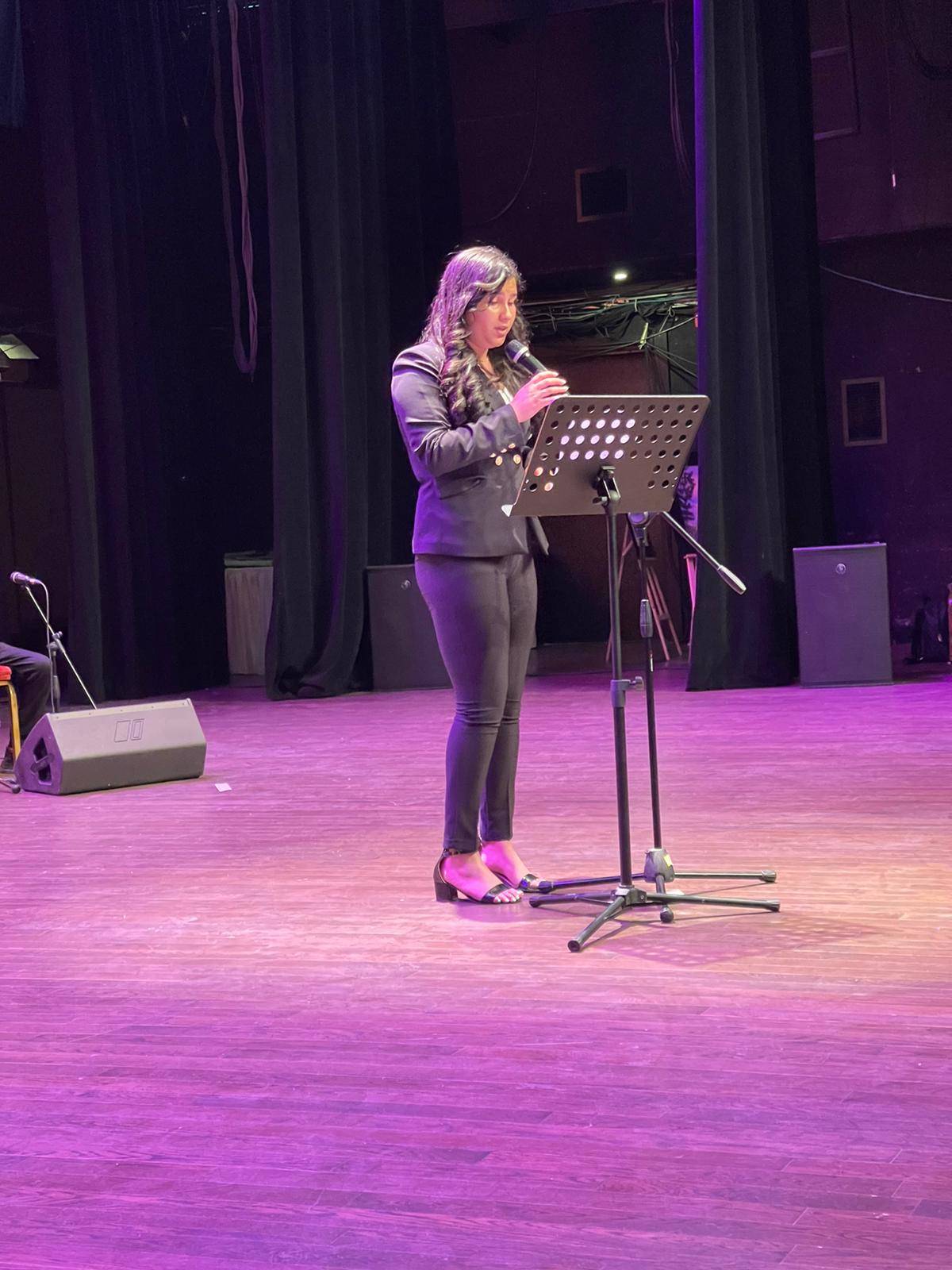 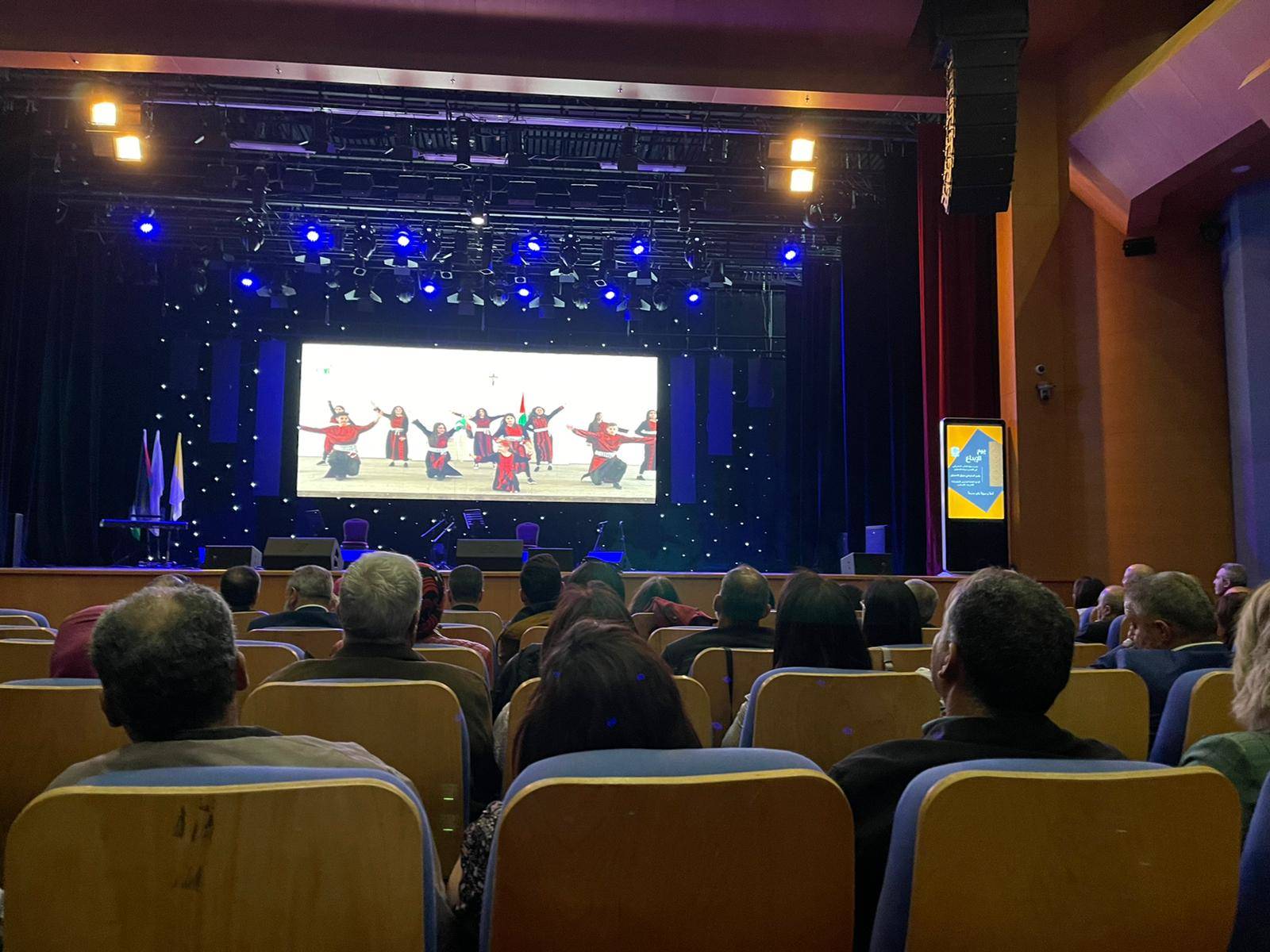 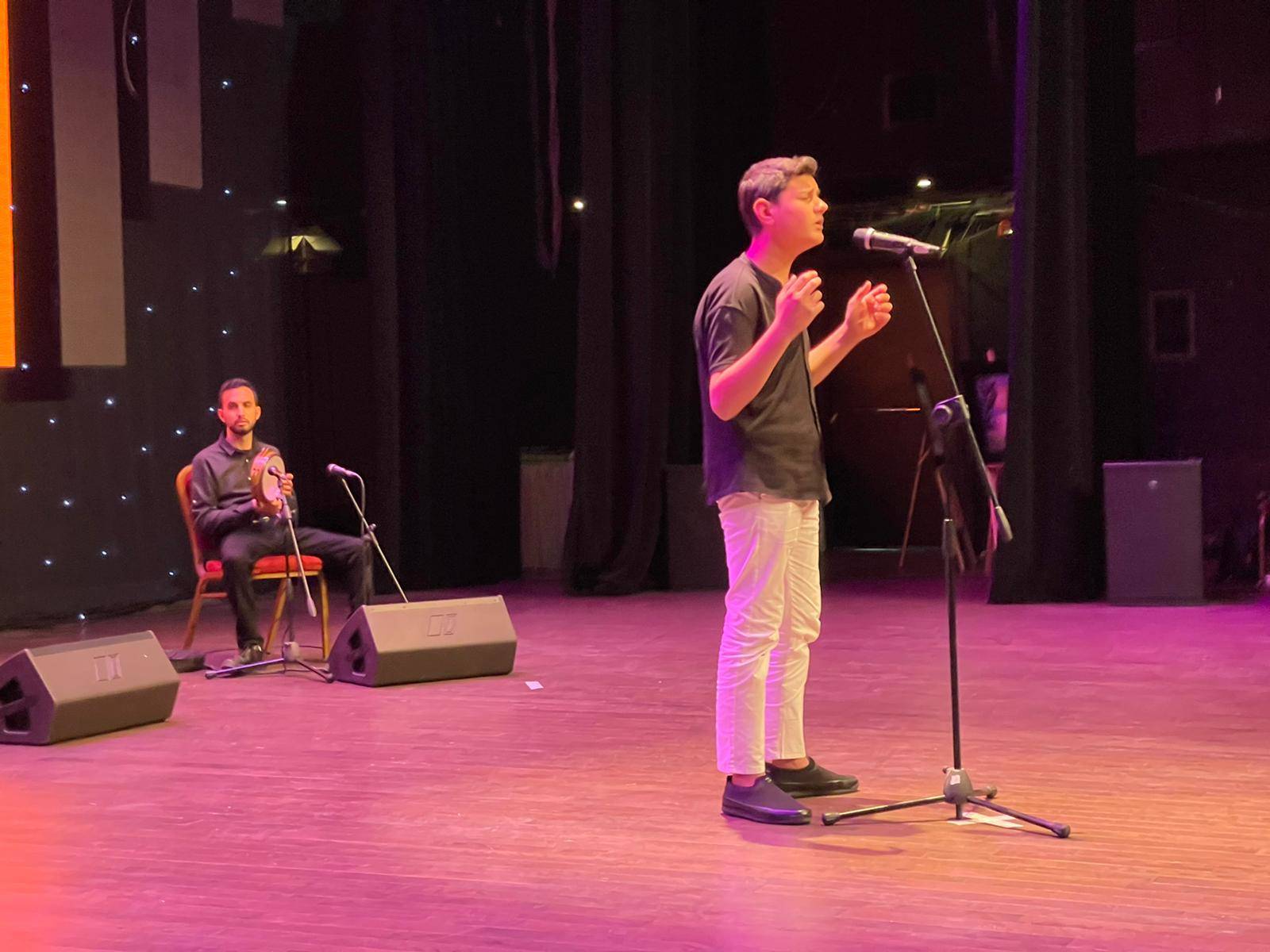 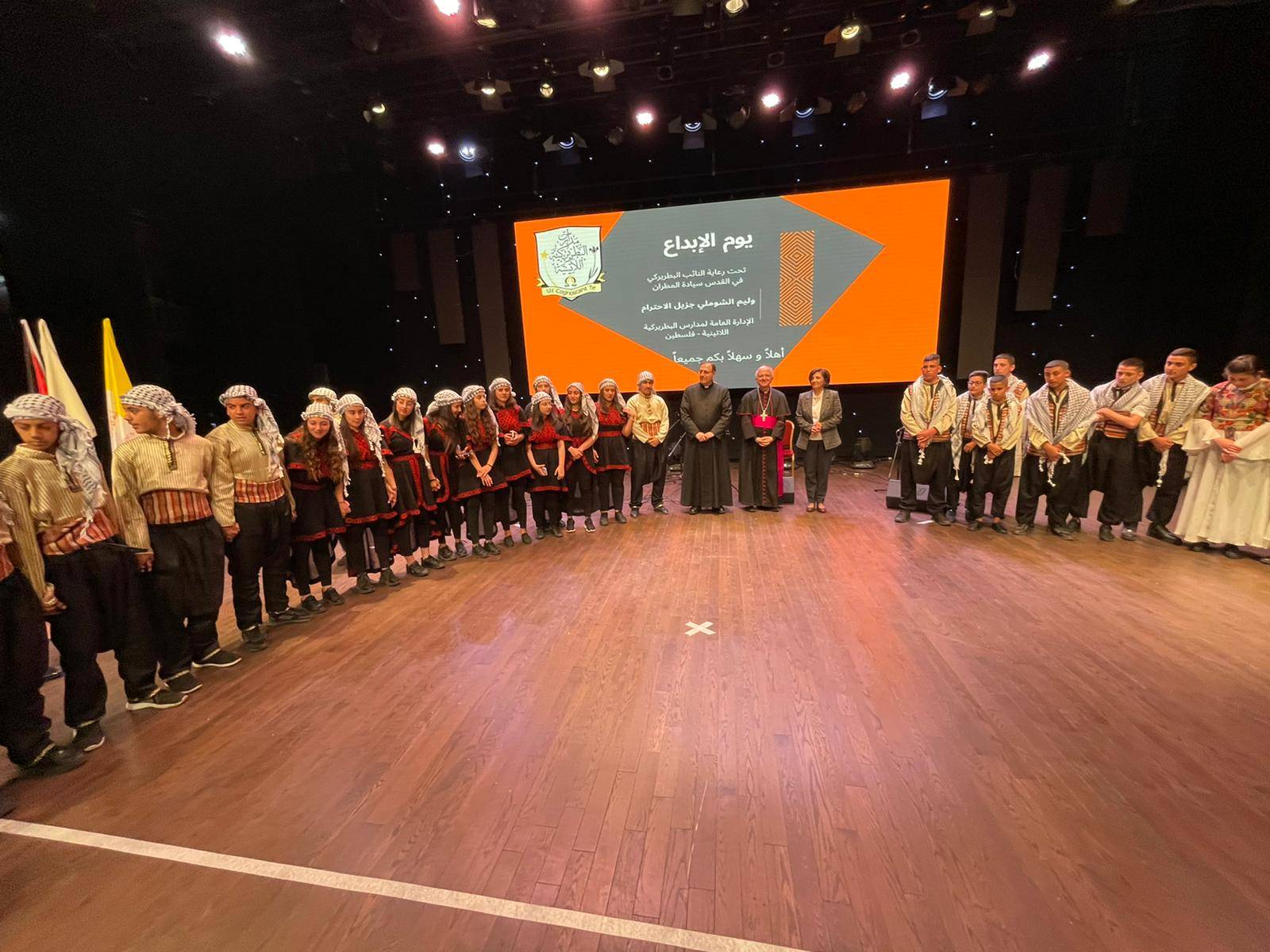 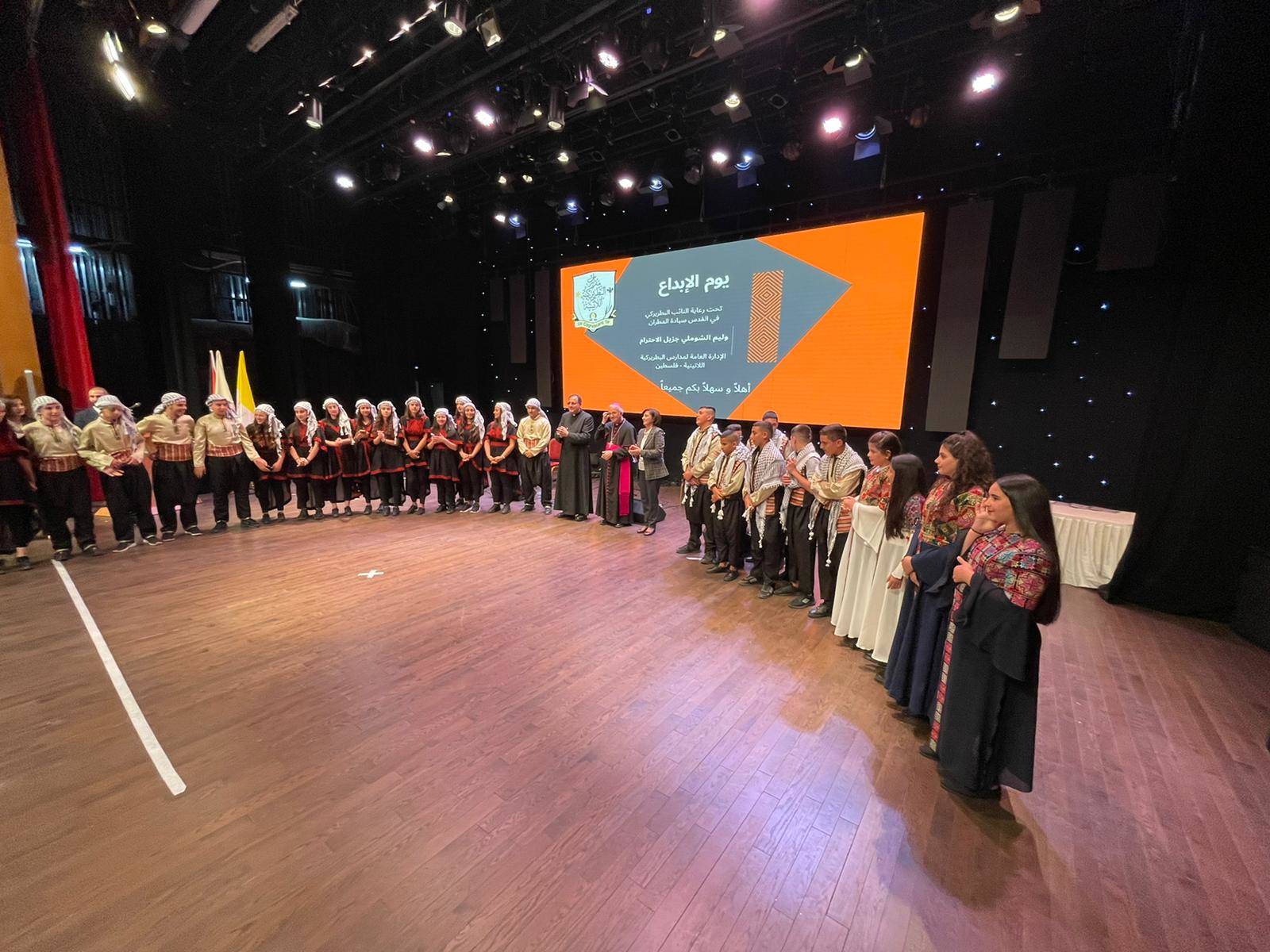 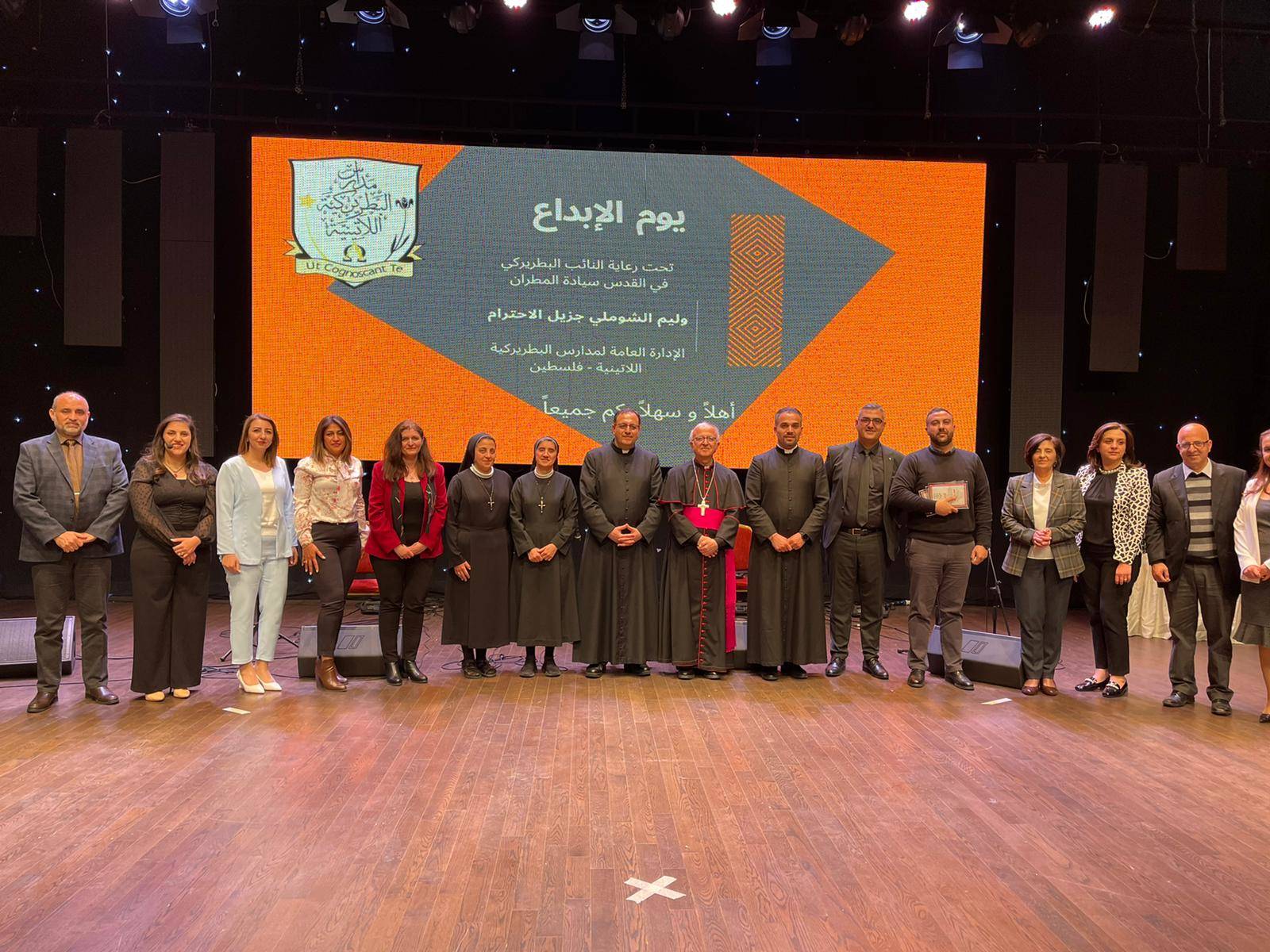 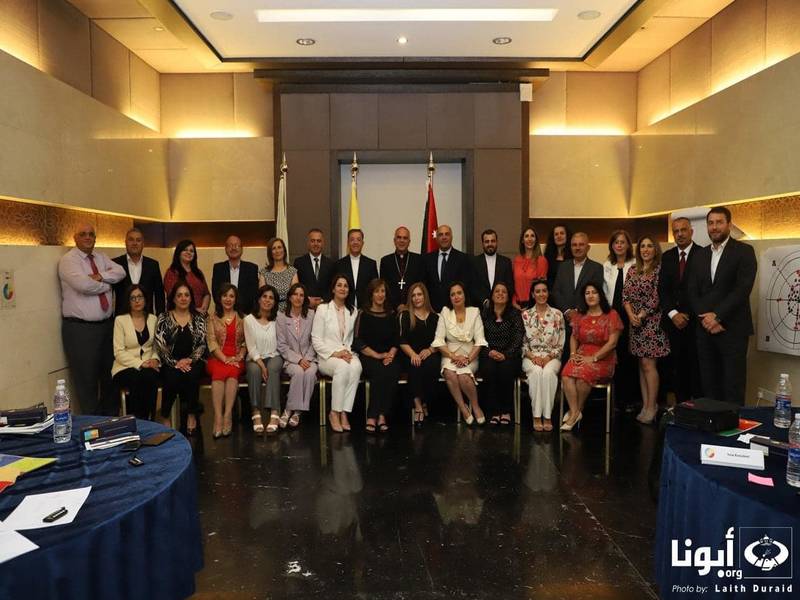 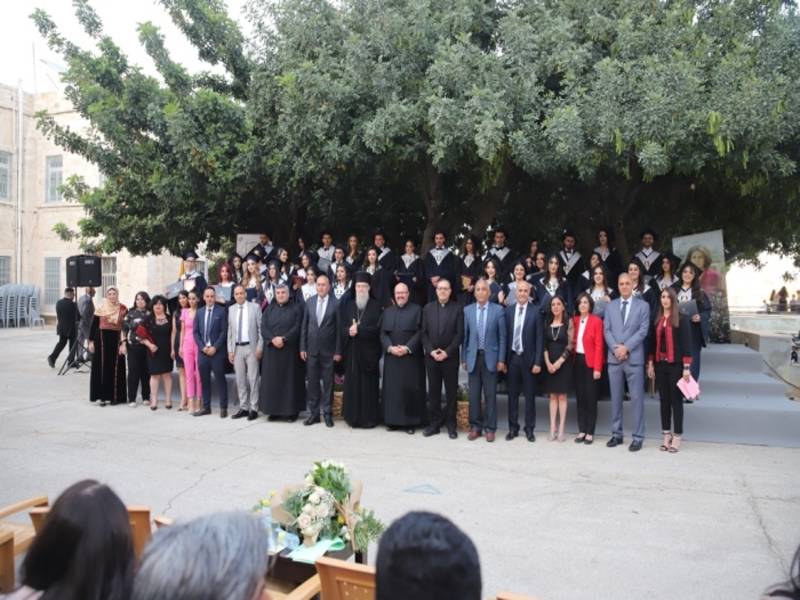 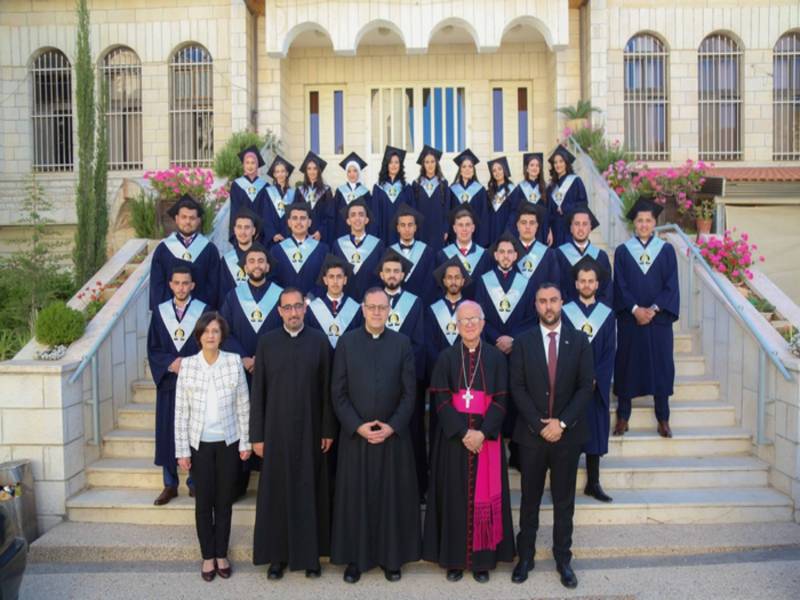 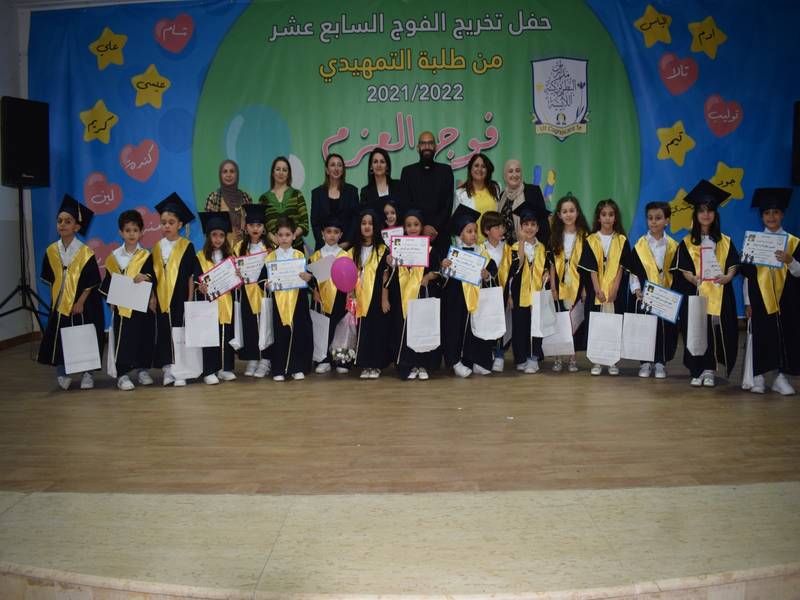 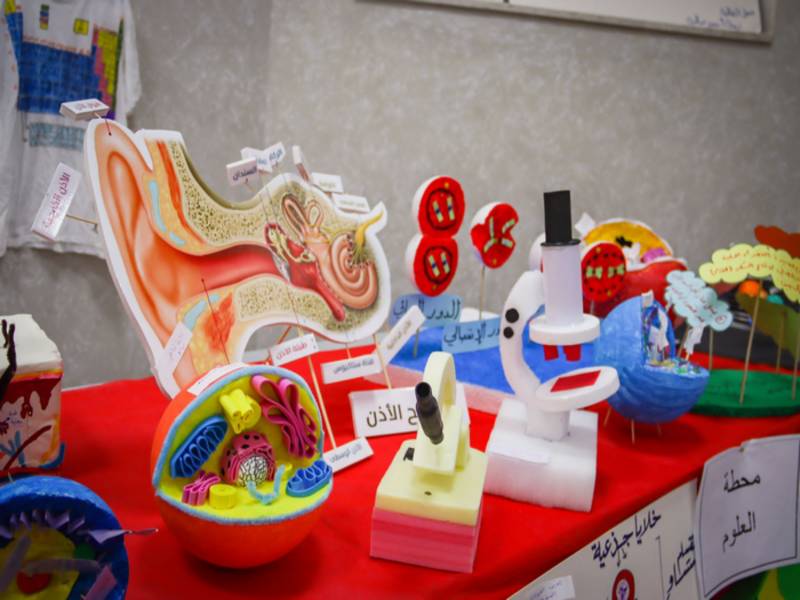 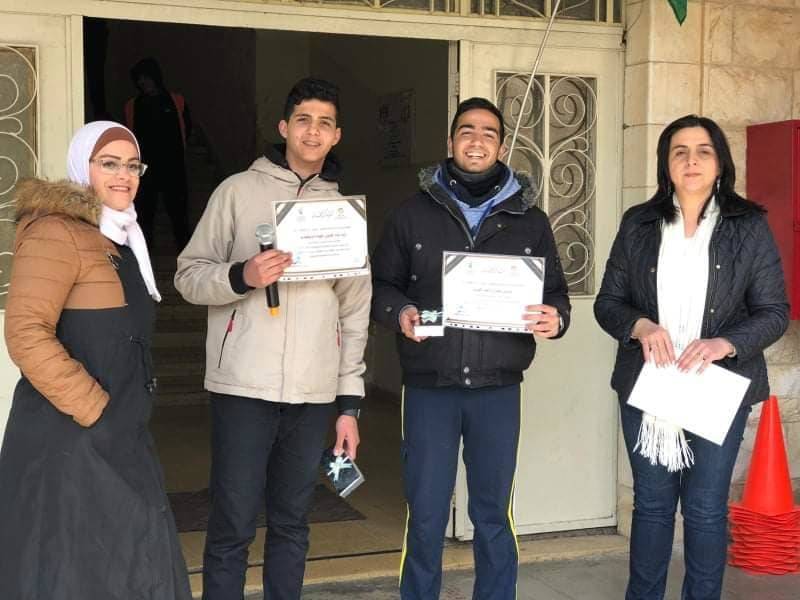